Unearthing Treasures from Iowa and Beyond 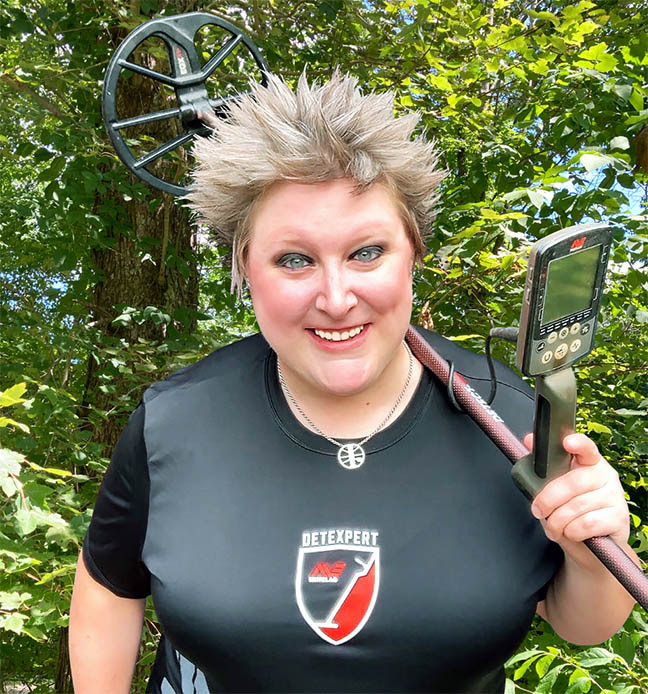 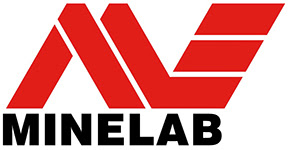 Chicago, IL (October 21, 2022) - About ten years ago, Stef Tanguay was up late one night searching for something interesting to watch on YouTube. She found a channel showing a man searching a river and finding big, Spanish silver coins and early-American half dollars with a metal detector. The video captured her imagination; she had thought metal detectors were only used to find pocket change on the beach. She was impressed enough that she started looking at other YouTube content showing more stories of folks searching for treasure with a metal detector. She discovered people not only find old coins, but also relics from various wars, lost jewelry and more with these machines. Tanguay began to think about getting a detector of her own and trying to make some great finds herself.

Tanguay purchased her first detector about six years ago. It was a popular model from a well-known brand, but she quickly became frustrated with the lack of VDI – a Visual Discrimination Indicator, which helps detectorists determine what a target may be before they dig it – so she upgraded to a more advanced model from the same brand. She still wasn’t impressed, so she soon added an even more advanced model to her inventory. All three machines were purchased in her first year of detecting. She finally began finding some very old relics and coins, which were enough to keep her interest in the hobby growing.

Living in Connecticut, Tanguay was fortunate to find many old home sites and began searching cellar holes at these locations. She quickly found, however, that even her most expensive detector had difficulty picking through the sea of iron nails at these sites in order to find the desirable colonial-era relics she was looking for. 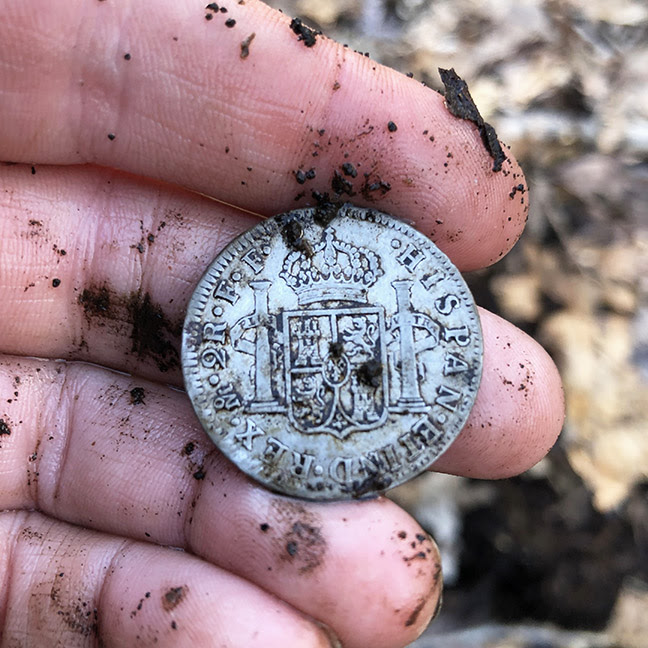 Tanguay would often visit these sites with friends. One hunter would consistently out-dig the rest of the group on every hunt. The only difference seemed to be his detector. He was using the Minelab CTX 3030 and he swore by Minelab as a brand. “I wasn’t ready to drop a paycheck on a detector of that caliber,” Tanguay recalls, “but that’s when I became quite curious about the Minelab brand. After watching advertisements and field tests for the reasonably priced Minelab EQUINOX, I found plenty of justification to add an EQUINOX 600 to my arsenal. Now, I rarely leave home without it.”

Tanguay’s main goal when trying to locate new sites is to get on the oldest ground possible; she looks for early 1800’s sites and older. This can include woods, long-forgotten cellar holes, farm fields and occasionally standing homes. She often uses maps from the mid-1800’s which she finds online and then overlays with modern Google Maps satellite images. This usually leads her to areas of old structures.

When asked if she has any advice on obtaining permission to search on private property, her response was, “I can’t stress this enough, start close to home! My opening line when someone comes to the door is, ‘Hi! Sorry to bother you, but I have a nerdy hobby that involves old homes, and I couldn’t look away from yours as I drove by. My name is Stef, and I live right down the road.’ By opening the conversation this way, I’ve not only complimented their pride and joy of an old home, but I’ve established some level of immediate trust by telling them where I live.”

Like most detectorists, Tanguay has many favorite finds. Near the top of her list is a Revolutionary War-era patriotic rattlesnake button which is important due to its historical significance and rarity. Another great find was a War of 1812 Infantry Officer’s button, which is just one of many rare military buttons she has found. She also counts a Revolutionary War British neck stock buckle with intact leather she found at a Continental Army camp as one of her favorites. 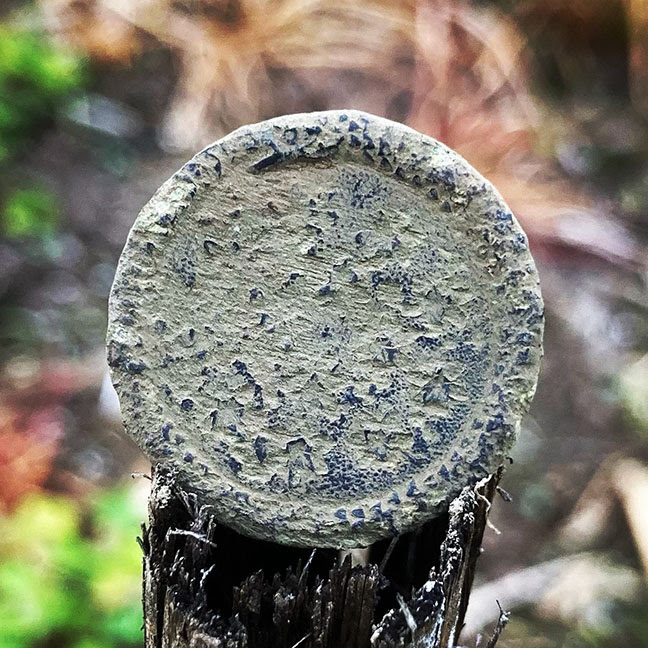 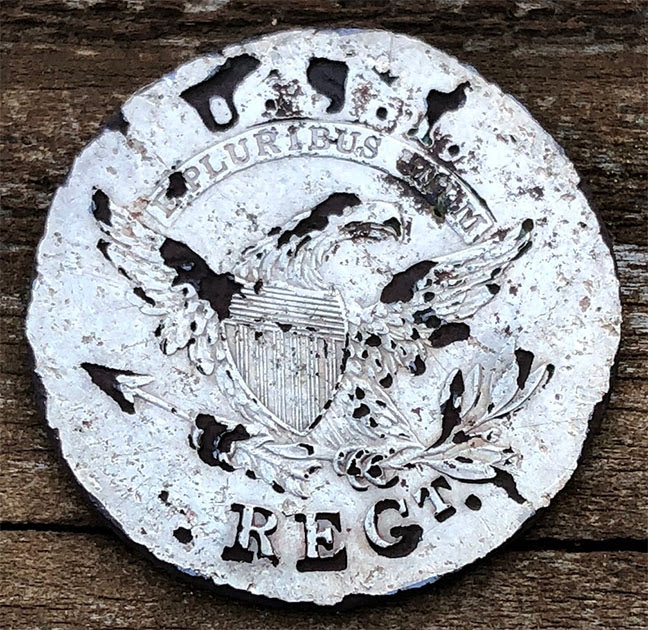 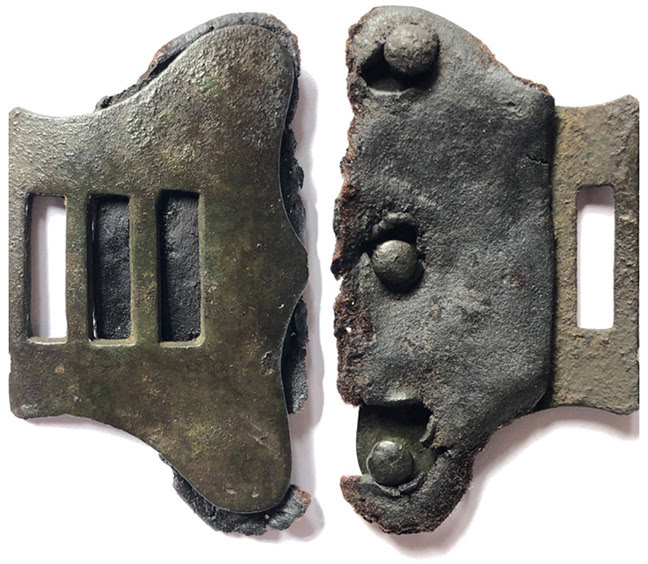 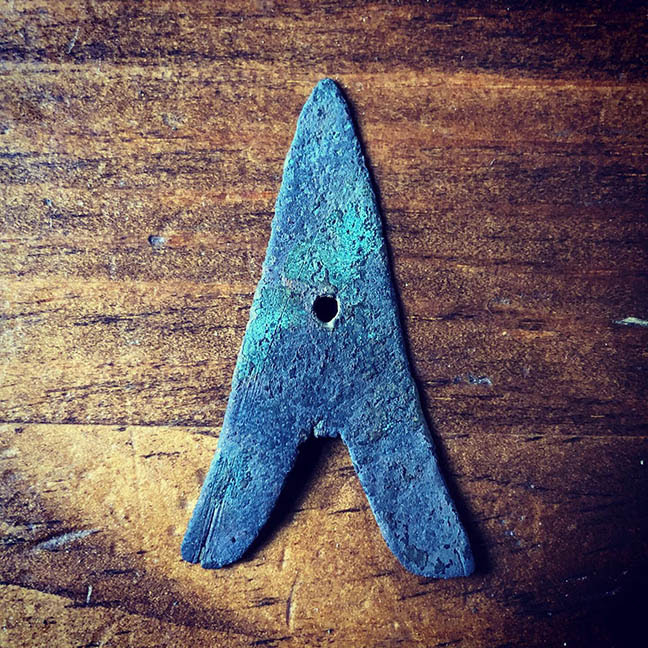 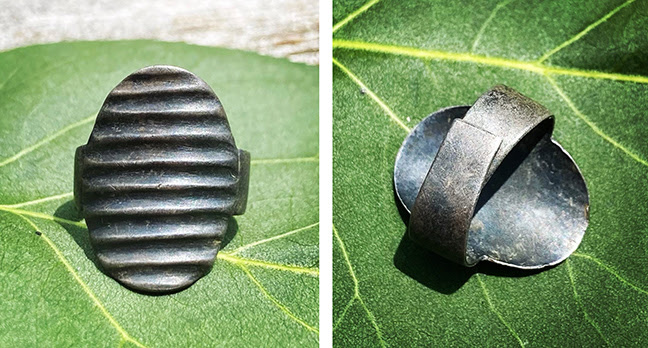 
Tanguay has found some great coins, too. An 1800 Draped Bust half dime (one of the lowest minted denominations of early-American silver coinage) fell to her Minelab EQUINOX, as did a pocket spill of 1700’s Spanish reales including a 1779 two-reale and 1773 and 1789 half-reales. Her Minelab also found not just one, but two 1787 Fugios. These are America’s first cents with an overall mintage of roughly 400,000 pieces. 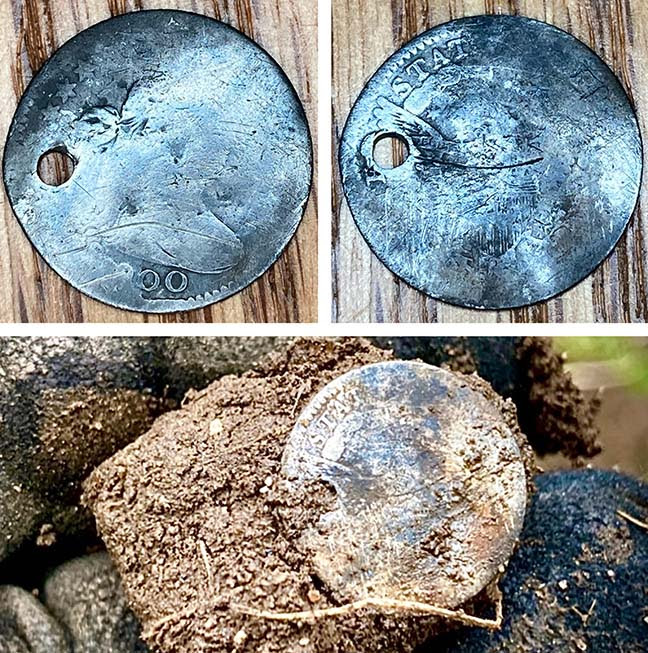 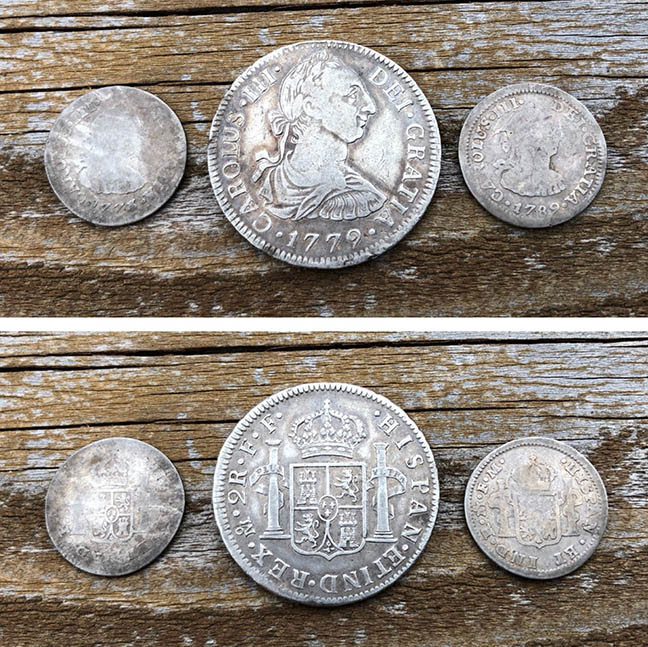 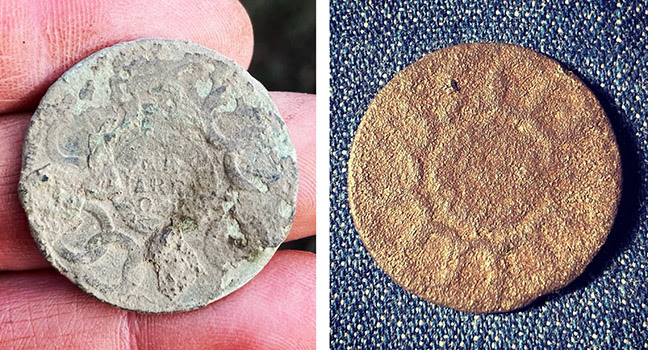 Tanguay says she spends as much time as possible in the field, but the actual amount can vary by season. Winter brings much snow and frozen ground to Connecticut. Summers are dry and limit digging in yards, plus the extreme temperatures can sometimes prove dangerous. Overall, she says she gets out to hunt about three days a week.

While Tanguay prefers hunting alone and describes it as restorative and peaceful, she often detects with others. When not detecting, her time is spent on social media, editing her content, and sharing her expertise with others interested in metal detecting. She is also a Minelab Detexpert – a Minelab-appointed ambassador for the hobby and brand. In this capacity, Tanguay shares her knowledge and experience to help those learning the hobby while also helping others better understand the capabilities, functions and features of their Minelab detectors.

Tanguay doesn’t attend many seeded hunts, as she has never been too interested in digging up coins that were buried by people a few hours before the hunt. She also has never had much interest in finding the relatively new jewelry and coins which can be found at beaches. The thrill she’s after comes from being the first person in 200 or more years to hold a coin or relic. She calls it “shaking hands with a ghost.” She does attend a few well-organized events like Digstock, which combines seeded fields with non-seeded areas. She spends a lot of time at these events in the Minelab booth, where she enjoys visiting with and helping to educate other detectorists.

In her few short years swinging a detector, Tanguay has enjoyed great success and experienced much personal satisfaction from discovering many rare pieces of early U.S. history. Some of that satisfaction has also come from sharing her hobby and expertise with many newcomers.

#minelab
ABOUT MINELAB:
Minelab is an Australian, multi-award-winning business that has successfully scaled world markets to command global leadership in its key areas of operation. Based in Mawson Lakes, South Australia, with regional offices in Cork, Ireland; Dubai, UAE; Monterrey, Mexico; Itajai, Brazil; and Chicago, U.S.A., the company specializes in advanced electronic technologies. Since its origins in 1985, Minelab has been the world leader in providing metal-detecting technologies for gold prospecting, treasure hunting and landmine clearance. Through devotion to research and development and innovative design, Minelab is today the major world manufacturer of handheld metal detector products. Over the past 30 years, Minelab has introduced more innovative and practical technology than any of its competitors and has taken the metal detecting industry to new levels of excellence. Minelab is a Codan Limited company (ASX: “CDA”). To learn more about Minelab, visit minelab.com.